Let me start by saying, I don't care about gay marriage or marriage "equality" or what ever the hell people want to call it these days.  For the most part neither do most Americans. Most Americans, like myself, just don't want their lifestyle shoved down our collective throats constantly and then a lecture about what a bunch of bigoted assholes we are when, God forbid, we ask for a break. It's the "gay Nazis" at the Universities, in Hollywood and Cooperate America that can leave no area of American life untouched by their "gay rights" proselytizing, that are starting to piss me off. Can any facet of American life be left untouched by the "Gay Gestapo?" First it was the St. Paddy's Day Parade, then the military, then sitcoms, then schools, then the NFL and finally back to the St. Paddy's Day Parade again. That's it! Marry who ever the hell you want, just leave the rest of us alone.

A hand full of corporations decided they were going to pull their usual sponsorship from this year's, New York city Saint Patrick's Day parade. Not because gays were excluded from walking in the parade, mind you, but because they were being treated like everybody else.  The parade committee just asked that they not carry signs that advertise their sexuality. What a concept? I'm fairly certain that no other group marching in the parade was advertising their sexuality.  I'm yet to see the picture of the A.O.H. marching with a sign that says 'we bang chicks' or the Emerald Society  riding a float of a hetero-sexual couple in full coitus.  And that's the problem with the "Gay Gestapo." Walking in the parade just like everyone else isn't good enough. No.. they need to shit all over a 100 year old tradition and turn it in to a fucking Ricky Martin concert. Bottom line is, no one cares what your sexual preference is. Just wear green, walk the damn parade route, get retarded drunk and have a good time. It's hard enough explaining to your kids why adults are pissing in the street. People sure as hell don't feel like explaining why a ripped, shirtless St. Patrick is making out with a midget in a Leprechaun outfit. 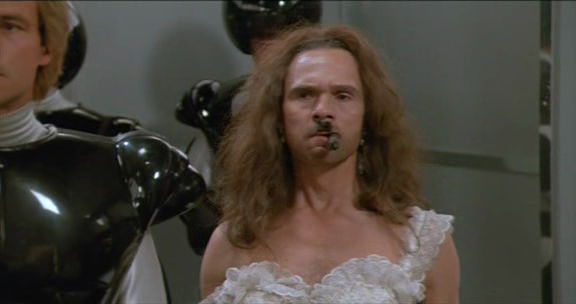 The Gay "SS" would have you believe all they want is marriage equality.  Marriage "equality" is one the greatest intentional misnomers ever propagated. Anybody can get married. You just can't marry whoever the hell you want. The "Gay Gestapo" wants to change the rules. Control the language, control the argument.  Example: Gay Gestapo: 'are you for marriage equality?' Normal human being: 'na, I believe marriage is between a man and a women.'  Gay Gestapo: 'then you don't believe gays are entitled to the same rights as everyone else, you bigoted Fascist!?'  Argument over. But "equality", you see, is not their goal.  If it were, why doesn't anyone argue for the creation of a new institution called garriage, where people have the same legal recognition and protection as a normal marriage, however, with a union of same sex people. Answer... because gay marriage isn't about creating a new game, it's about changing the old game for everyone else. You can bring a football to a golf course and play ball if you want. However, what you're playing is never going to be golf unless you change the rules of the game. And that my friends is exactly the goal of the "Gay Gestapo." 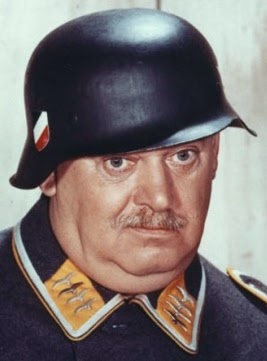 The most militant arm of the "Gay Gestapo" is the homophobic police.  They're everywhere, they're relentless and they strike when you least expect it.  There are a lot of things that can't be uttered in polite society anymore and most for good reason. Nonetheless, few things short of the "N" word will get a person in more trouble than uttering a homophobic slur. The homophobic police can't throw you in jail, but they can sure as hell make your life miserable. Just ask Alec Baldwin. People have lost their jobs, homes and had their whole lives destroyed because someone at the office overheard them say gay marriage was wrong.  And good luck firing an open homosexual no matter how incompetent they are. Our new protected class (every one that's not a straight, white, male. Your welcomed for the civilization you ungrateful bastards) sure is protected. I don't want to live in a world where an off color joke about gay guys in a hot tub can land you in the unemployment line.


Look.. I don't care who marries who or who marches in what parade. But I do care about the "Gay Gestapos" relentless push and incessant whining from their moral soapbox at every perceived slight or injustice.  Just give us all a break and let us have our damn parade in peace. And Guinness you can go fuck yourself.
Posted by Unknown at 5:02 AM